Skip to content
Home/Dated/Are Fairies the “Next Big Thing?”
Previous Next

Are Fairies the “Next Big Thing?” 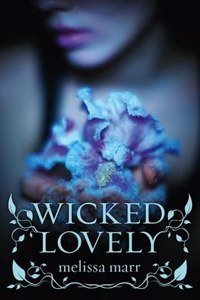 Although Vampires are currently riding the crest of the wave with True Blood and Twilight–and who isn’t a fan of the fang?–there are those that feel the next big thing belongs to the fae.    Hollywood is poised and ready to serve up a couple of fairy/faery related movies based on two very popular series of books.

Wings
This past July, it was announced that Miley Cyrus was set to star in Disney’s adaptation of Aprilynne Pike’s teenage faerie tale novel “Wings,” which centers around a 15-year-old named girl named Laurel (played by Miley).  For Laurel, life becomes very complicated when she discovers a bump on her back as she is starting public school for the first time.  It turns out that the bump grows into wings, and she is a human sized fairy.  Of course, she also has two love interests–David,  her best friend at school and a mysterious guy name Tamani that she meets in the woods.  This popular teen novel is the first of a series of 4 planned novels.

Wicked Lovely
In September, Variety reported that Universal had  “acquired screen rights to ‘Wicked Lovely,’ the bestselling first book in a fantasy series written by Melissa  Marr  (which) will see its fourth installment published next year by Harper Collins.”  “Wicked” is an intriguing  story about Aislinn, a 17 year old girl who can see fairies but has been taught by her grandmother to pretend she that she doesn’t.   She has  been admonished never to do anything to attract the faeries’ attention–things are much safer that way.  But everything changes when she realizes that a faery king has taken human form in order to get her to marry him  and save the world from his vengeful mother.

“Wicked,” looks to be an edgier production than “Wings” because it is being adapted by Caroline Thompson who also did “Edward Scissorhands” and  “The Nighmare Before Christmas.” According to Christoper Campbell of MTV News, this could be the movie to “bring newfound respect to faeries as cinematic subject matter in their own right (instead of just their usual supporting roles in movies like “Willow”).”  Could be some exciting days ahead for fans of the fae!