Below, we’ve listed some of the more common types of fairies that people are likely to encounter, but this is by no means a complete list.  Most of the residents of the fairy realm will fall into one of three categories: neutral, Seelie, and Unseelie fairies.  Neutral fairies are just that, neither aligned with the light or dark.  This may be an oversimplification, but the Seelie are generally considered to be the light (mainly positive) fairies while the Unseelie are quite the opposite. 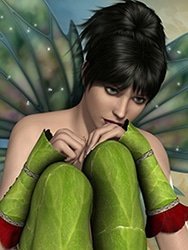 No taller than 6 inches,  the winged pixies can shape-shift the size of their humanoid form as needed. Although they can be very curious, fun-loving creatures, they do have another side. They feel a great responsibility toward other, similar-sized fairies (brownies and gherrings) and often become involved as peacekeepers.

Pixies love flowers and gardens and, like hummingbirds, they love to sip nectar from flowers like honeysuckle. They have a very high metabolism, so they frequently enjoy high energy foods like sweets, milk, and cream.

These hard-working, industrious people live in large colonies designed to ensure their safety. They build their cities high up in trees and magically cloak them, so they are unlikely to be discovered. When encountering danger, they like to face their enemy as a massive cloud of angry pixies, similar to a swarm of bees.

Despite their fierce defensive posture, they are very friendly, kind and helpful to many different types of beings, including humans. Pixies can live to be 100 years old and are ruled by a king or queen.

Pixies are one of the most common types of fairies and are the type of fae most often seen by humans. 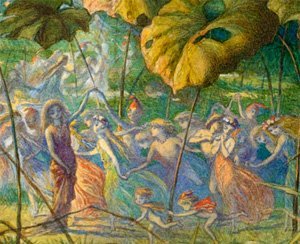 Trooping fairies are generally similar in appearance to brownies (see below) and do not have wings. In fact, a brownie we spoke to told us trooping fairies are actually brownies that troop together in long lines. This formation often happens when they are going to war.

Trooping fairies tend to be a bit different from the average brownie. They are more serious, organized and sophisticated in lifestyle compared to the more rustic, and friendly brownie.

To stay out of sight, trooping fairies prefer to travel through the woods where there is a lot of underbrush.  Some people also believe they inhabit trees which are often referred to as “fairy trees.” 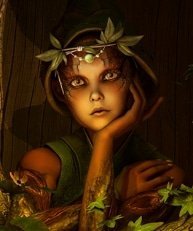 This brave, adventurous type of fairy can reach a height of 6 inches tall.  In their world, they are also known as “nims” but are more commonly known as brownies from wearing brown clothing and living close to the earth. They do not have wings but are quite capable of getting to high places when needed, with the help of a bird or one another.  In the wild, brownies live in the woods or high grass where they often build hidden or underground homes.  They do this to protect themselves from beings who are larger and more powerful than they are.

Brownies are very social and prefer to live together in towns or large family groups. They scavenge to survive and spend their days hunting for food, household goods, and other items they can use for trade. When it comes to humans, they are usually friendly with those who are like-minded. 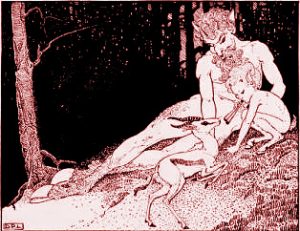 With horns on his head,  a human torso and the body of a goat below the waist, the faun is a unique creature. Found in woodland forests, fauns tend to be alluring, seductive and quite compelling. To get what they desire, they often prey upon their unsuspecting victims by using mind control and magic they’ve conjured from their pipes or flute.

According to the elves, if you see a faun, you should avert your eyes because as soon as they have your attention, you are under their control.  They are neutral but can be very dangerous. 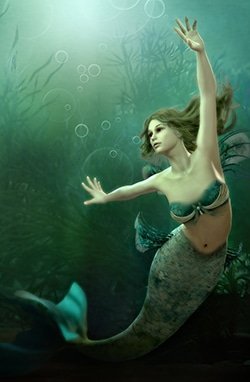 Commonly known as mermaids and mermen, those we have spoken with prefer to be known as mer, or merfolk.  Unlike humans, this type of fairy does not live in structures or houses. They swim together as a family unit but are also part of a larger community united under one ruler. Merfolk spend much of their day together hunting for fish, and other sea creatures to eat. They intentionally have large families because living in the sea is very dangerous and many of their young do not make it to adulthood.

Lately, the mer have been more visible in our world because they are concerned with the overwhelming number of oil spills and pollution that has seeped into their world from our world. They are generally unhappy about this pollution and destruction of their waters and they tend to hold humans wholly responsible. Right now, the point they are trying to communicate to us is that the health of the oceans affects us all. 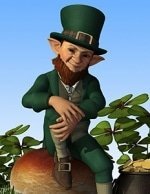 Leprechauns are typically between 2-3 feet tall and are master craftsmen, often specializing in shoemaking. Legends sometimes depict them as loners, but that is not true. Found mainly in Ireland, they live together in villages well-protected by their magic. They have a great love for gold and ale and spend a good deal of time thinking about collecting and enjoying both!

Leprechauns are known to be information brokers, selling the information they’ve acquired for a fair price. They have a reputation for being tricksters, but they are generally honest, good-hearted people that have a strong regard for honesty. 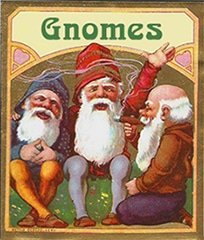 Shy and cautious by nature, gnomes seek only the company of their own kind.  At 9 inches tall, they believe their small size makes them vulnerable to bullies and always try to go unnoticed.  Known for their iconic red, pointy caps, they actually wear a variety of different clothing besides that single color and style.

You will find gnomes in most natural areas around the world in small isolated communities. They eat fruit, mushrooms, nuts, root vegetables, eggs, and meat only occasionally. Being deeply connected to nature, they are master healers and are known for healing sick and injured animals.

Frequently found in the homes of larger elves, grundels and elves have a symbiotic relationship. Grundels gladly work in service for the elves in exchange for a safe and happy home.  They are dedicated to their host family of elves and generally stay with the same family for generations, moving with them as necessity dictates.  For their part, elves have great respect and love for grundels and consider them family. Grundels are about 3 feet tall and often wear striped clothing. (Sorry, no picture yet available) 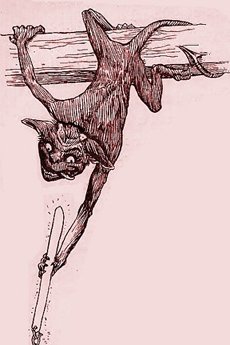 The hobgoblin is a solitary,  dark brown creature who inhabits the forest and lives in trees.  In general, this neutral fairy is a peaceful fellow who enjoys keeping to himself (or herself). He is not usually aggressive unless provoked but he can get especially nasty when his tree is at risk. Since his temper can flare easily, it is wise to try and stay on his good side. 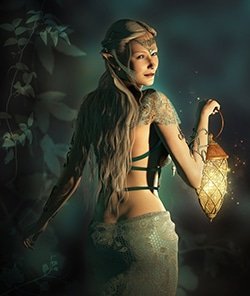 Elves are a very long-lived race found in many places throughout their world.  Gifted with sharper senses, grace, agility, and perceptions than humans, they excel in the arts and crafts. This also includes the art of magic which they define as the gathering, focusing and directing of natural energy.  In general, elves avoid technology and live close to nature in an idyllic setting, respecting and working with all aspects of nature.

Physically, elves are approximately the same height as humans but slighter in build. Their faces are similar to humans but noticeably different. They have high cheekbones, more angular features, mesmerizing eyes, and the pointed ears so often depicted in books and movies.

Elves belong to two main groups: the Seelie or light elves and the Unseelie or dark elves. In general, the Seelie elves want to work with humans to heal the planet we both share while the Unseelie would prefer to solve their problems by eliminating all of humanity.

The Elves of Fyn, the source of the information on this site, belong to the first group (Seelie) and you can find a bit more information about them here. To be safe, humans should try to avoid contact with the Unseelie altogether.

About the Author: Natalie Lynn